observA(C)TIONS – points of view in the city

What are the mechanisms of theatricality applicable to city life? what feedback do they have in everyday life? What value does the concept of perspective, fundamental in architecture and theatre, acquire in everyday life? The points of view with which we can observe reality are infinite, the same scene can be observed from all possible angles. This work wishes to draw attention precisely to perception, to the awareness that there are many new ways of observing the world, everyday life, and those landscapes that are too familiar. 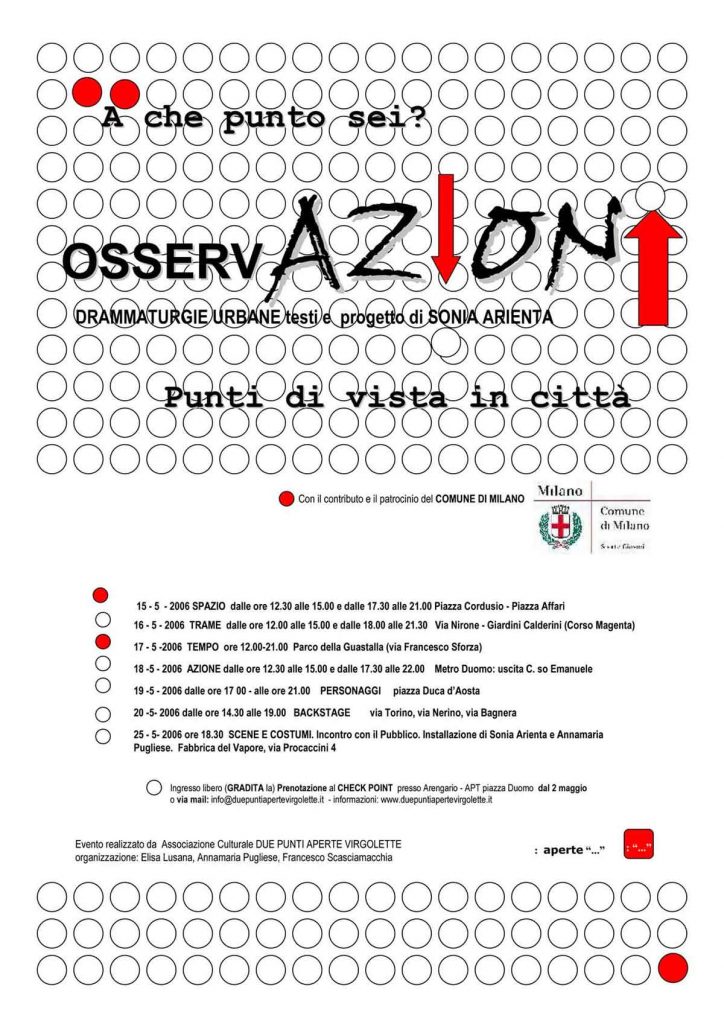 “ObservA(c)tions” is a “playwriting in the urban space” project developed in 2006 by Sonia Arienta and organized by the Cultural Association “Due Punti Aperte Virgolette” (“Colon, open quotes”), with the contribution and the patronage of the Municipality of Milan (Sport and Youth), exported and adopted a few months later by the Municipality of Verbania on Lake Maggiore.

This work requires the public first to visit and observe a sequence of places within the city, on the basis of information contained in cards or “scene captions”, written by the author few months before the start of the event. Later the participants are invited to reflect on some constituent themes of theatrical use and, outside of metaphor, of life itself: space, time, characters, plots, action, backstage. The citizen fills out a form for each event with specific, ironic questions about the places visited. The most interesting cards have been published together with some “scene captions” in a small book distributed free of charge during the meeting with the public.

The observa(c)tions project explores the relationships between the individual and the territory, the city space, in this case. It adopts a mixed language.

Some fundamental themes of narrative text (characters, plot, action, time, space), and others inspired by theatricality (backstage, sets and costumes) were applied to six symbolic places of Milan, closely related to them.

So, for example, Piazza Cordusio (an open square, with a road axis that opens to radius) and Piazza Affari (a little square) can be considered representative of a different concept of SPACE (open and closed). They were both visited and described by night (at 1 h a.m.).

The Guastalla garden was chosen as a place dedicated to the concept of “time”. This place is a bubble in which time flows in a very different way from the surrounding environment (life runs frantically between the Polyclinic, the court, the University, the Sormani Library, the ring road). The place was visited and described by the author in a rainy day, that is to say, with the weather not very pleasant to stay in a park.

The busy Via Torino during shopping hours, especially on Saturday afternoons, clashes with the quiet of its back streets such as Via Bagnera and Via Nerino. 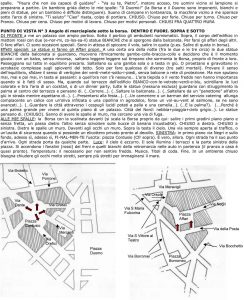 The author has written a series of cards, or “scene captions”, for each selected place. There, she expresses her point of view and her reflections on the environment surrounding her: that is, each urban set. This point of view, however, constitutes only the first part of the observation, as the participants, after reading this card, are invited to answer few brief questions concerning their perception of the proposed scene.

The point of view of the author and that of the public were constructed in a deliberately “out of phase” way so that the viewpoint change and the multiplicity of perspectives applicable to the reading of reality could be perceived.

Given these premises, the reading cards have been conceived and designed to be used directly and exclusively in a specific scene, in a specific place: it is useless to read them, alienating them from the location for which they were written since they live in its close connection.

For a correct understanding of this work, the double action of reading and looking-observing around (watching and reading, watching and listening) must be simultaneous.

It would be useless to read the cards sitting in an armchair. 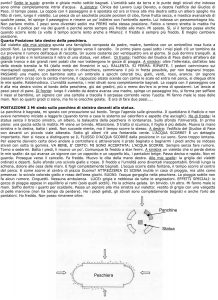 During the week in which the project takes place, the author and some collaborators of hers have installed a desk in the chosen points of the city, changing place every day. They have stopped passers-by and asked them to participate in the work.

The project thus includes reading, writing, dialectical exchange, comparison and final distribution of the work “done together”. The cards were partly written by the author and partly in dialogue with the public

.In essence, the public is prompted to reflect in an ironic way about space and reality. The relationship between author and public becomes explicitly complementary in the entire operation. For this reason, at its end, there was a direct confrontation with the citizens. 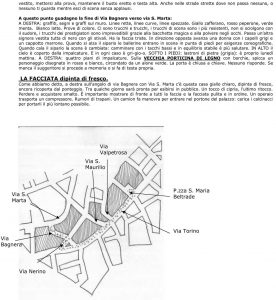 With all these cards, we built a book distributed to the participants when we met them at “Fabbrica del Vapore”, a week after the end of the project.