A project of urban dramaturgy created by 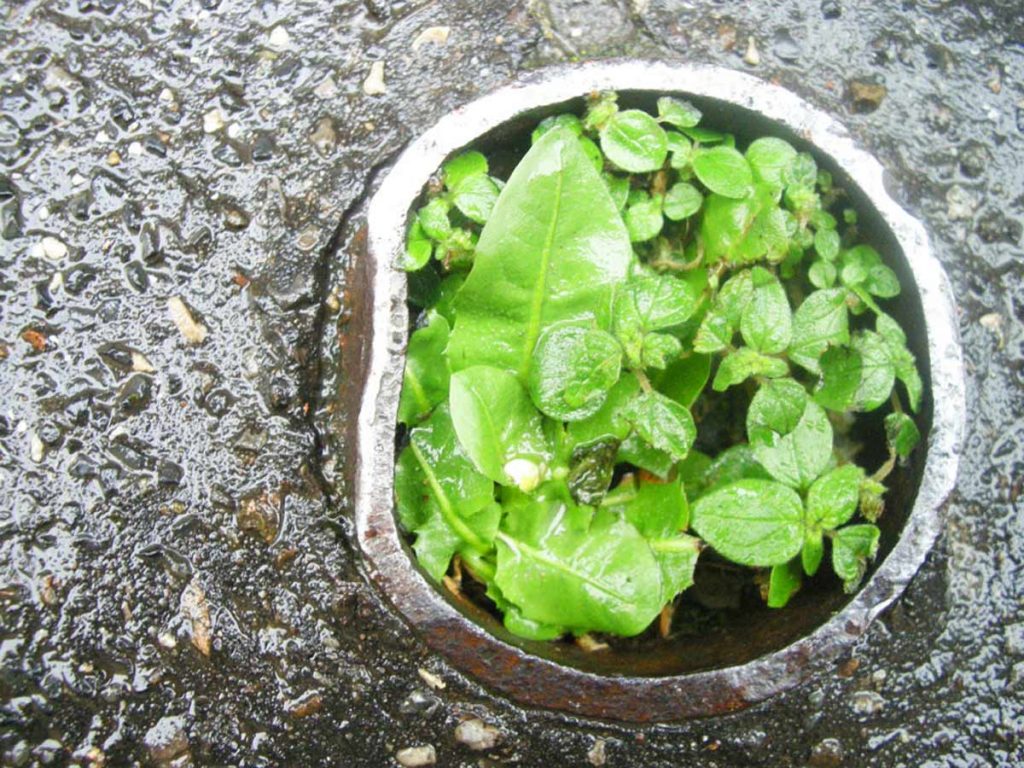 In the city sidewalks, there are small spaces, microscopic abandoned lands, traces of human activities that nature uses as makeshift “homes”, to regain possession of the territory stolen in an aggressive and violent way by overbuilding.

The bases into which are inserted the pipes supporting the election posters, the road signs, the iron bollard arches that prevent chaotic parking become involuntary containers for GREEN ASSAULT TROOPS.

These spaces can be colonized by HERBS, PLANTS of different species coexisting in these delimited spaces. They usually are circular, more rarely square, often distorted, with a diameter of a few centimetres (from three to ten depending on the case). 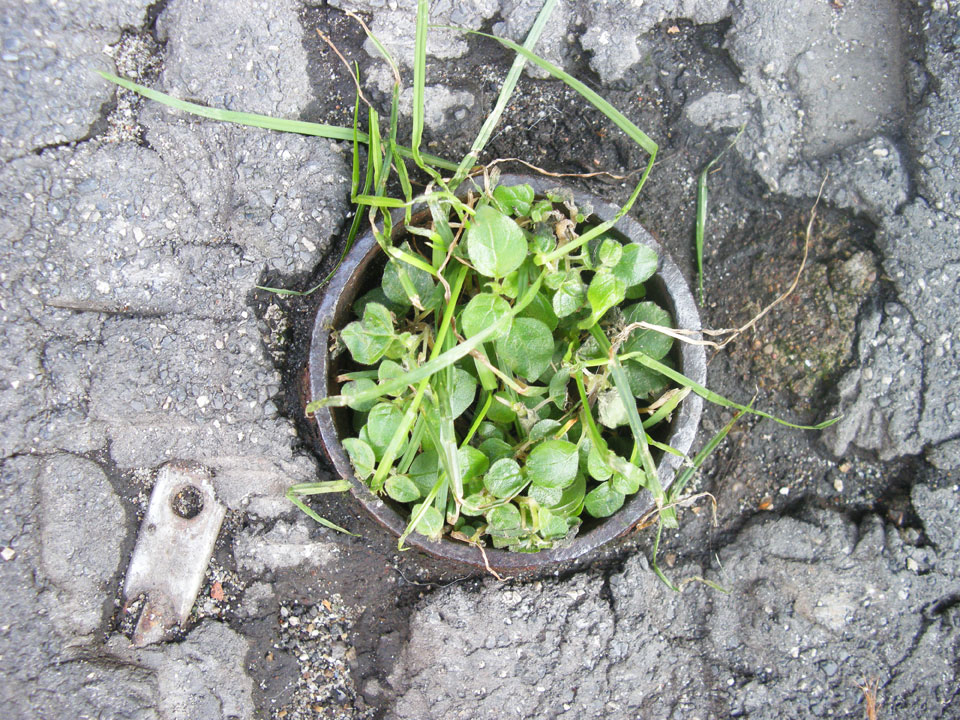 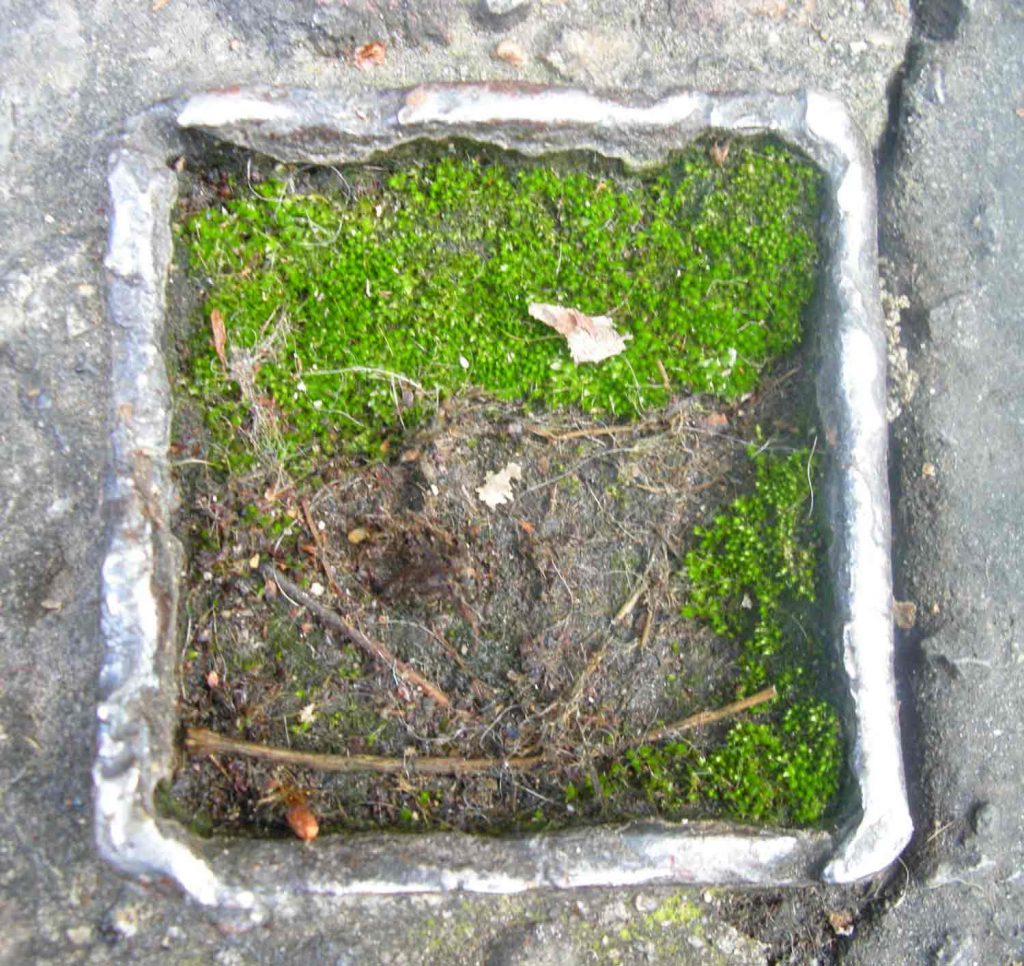 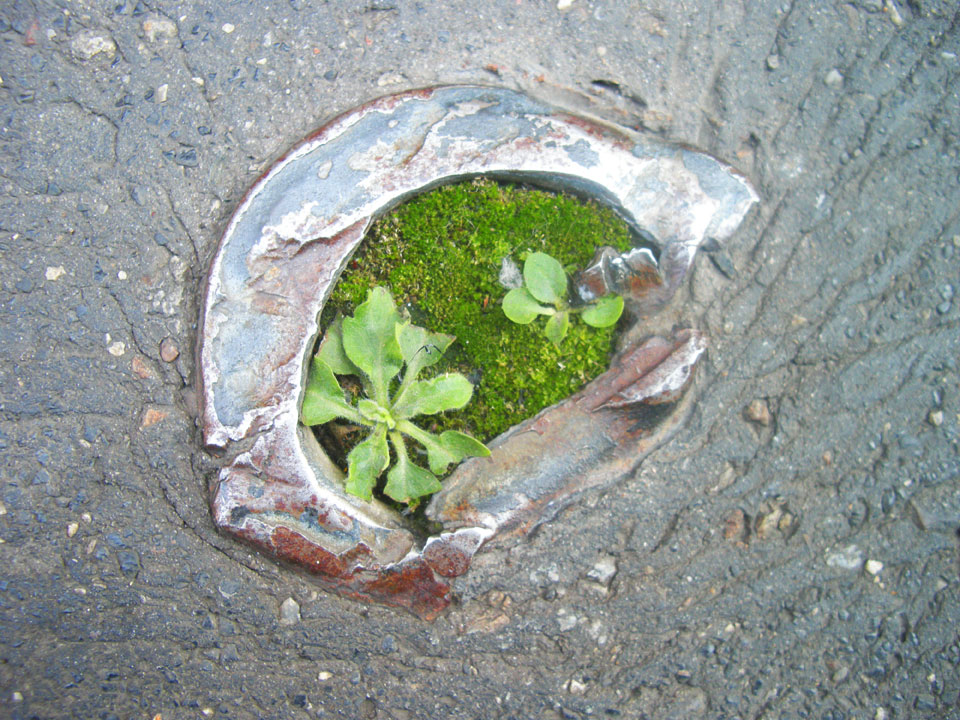 In this way, SPONTANEOUS URBAN MICROGARDENS, TEMPORARY CLANDESTINE BEDS FLOWERS rise from the asphalt.
According to the anthropocentric point of view, these green “invasions” are abusive, invasive. From the point of view of wild nature, they are a manifestation of strength and resilience. 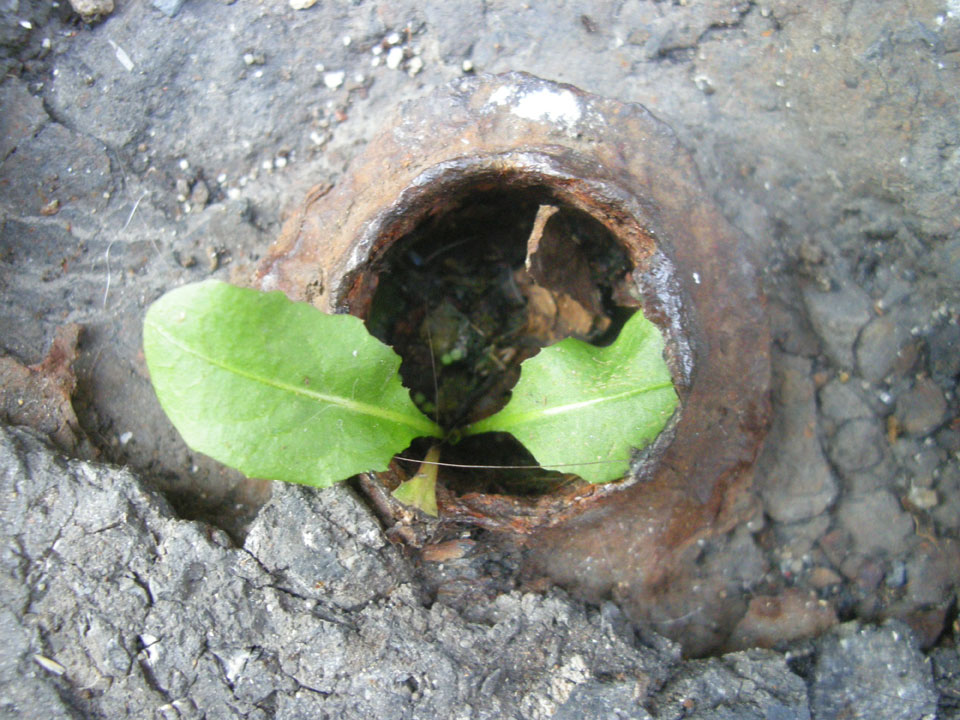 These MICROGARDENS are places of apparent chaos, disorganized, rebellious lands of coexistence among different species of herbs in bonsai format. At the same time, their evolution is also controllable by man. Moreover, if they obstruct the passage, threaten the viability, safe walking or city dignity, they are destroyed.

In the Clandestine Flowerbeds, nature is free and at the same time harnessed, forced, bounded by a border established by man.

The Herbs are in an “abusive” situation, housed in a place destined for other functions by humans, but temporarily forgotten by them.

We are witnessing a struggle between the “autonomous” reuse of an object, created and employed by man, and the adaptation to an artificial presence, to a foreign body by the plants. Nature regains her own space, through an invasion, a vital boost of greenery. 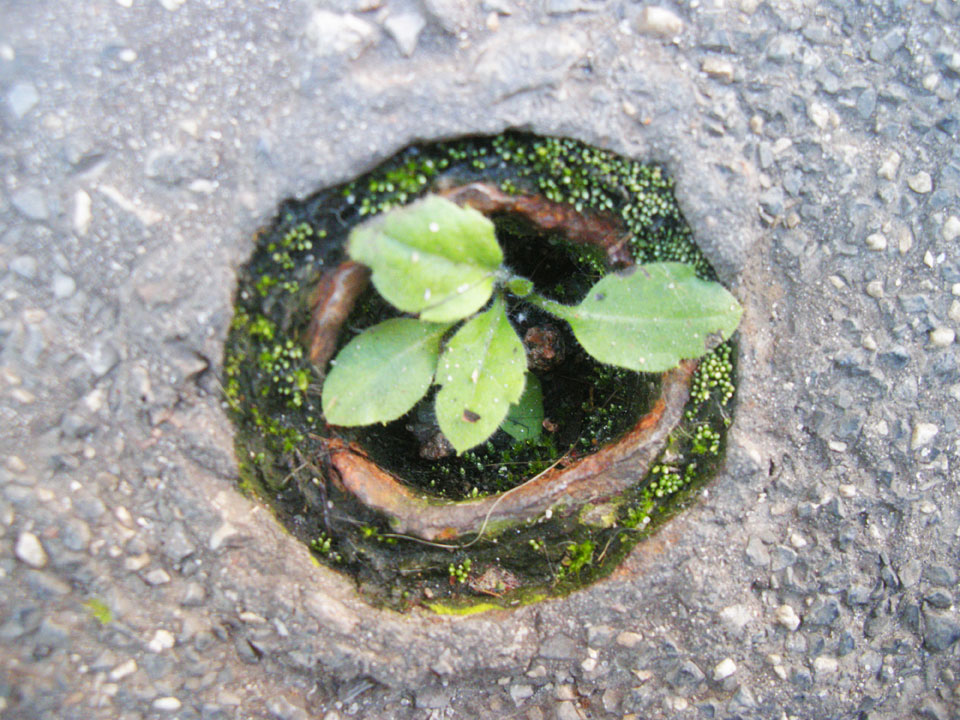 The concept of FRAGILITY

and that of RESILIENCE coexist

in a DIALECTIC way.

The constant mapping of these places highlights

the TEMPORANEITY, the PRECARITY of their presence

and at the same time their STRENGTH,

their RESISTANCE capacity to “external” attacks.

Their destruction causes a melancholy similar to that derived from the cutting down of a centenary tree. Their even “aggressive” vitality, thanks to which nature tears and gains ground at all costs, reminds us of the power of this last. 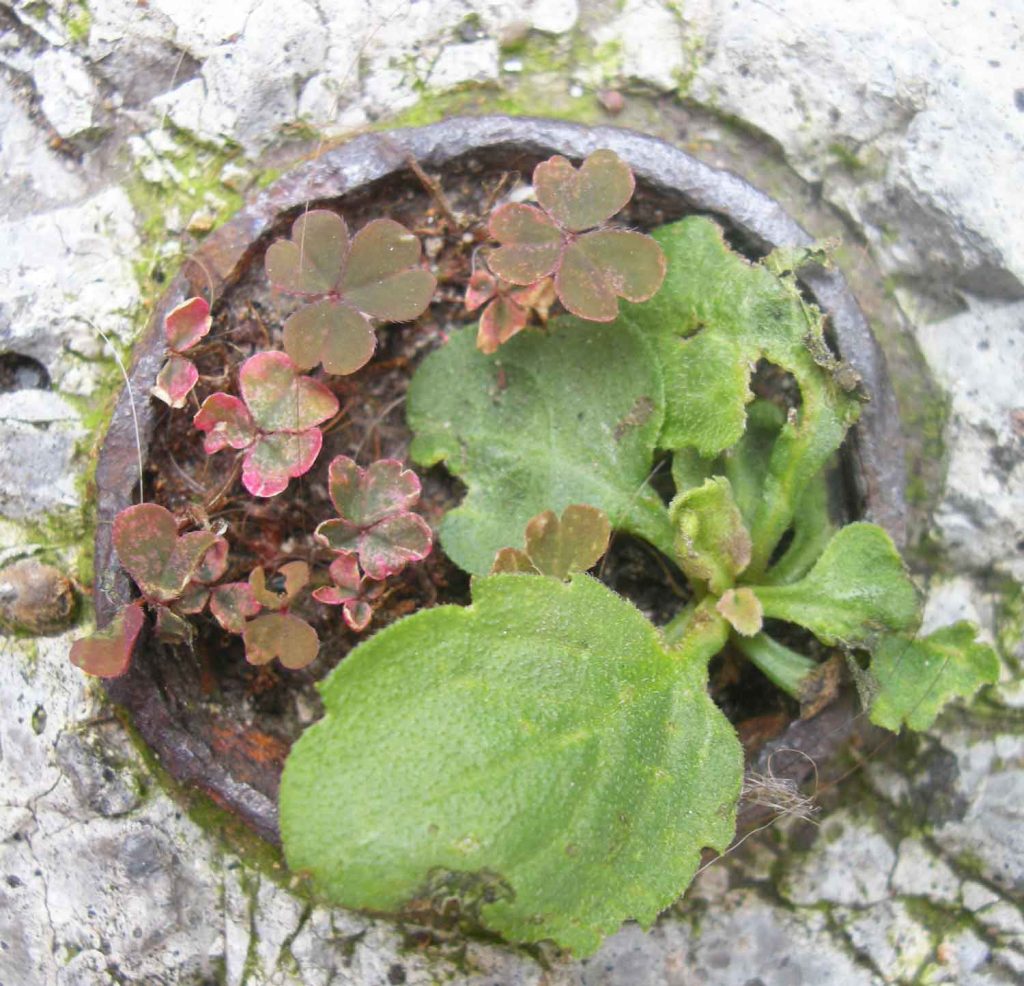 What does “Playwriting In Urban Spaces” in this project consist of?

To follow the project, go to the dedicated episodes-articles quite soon published in the BLOG.